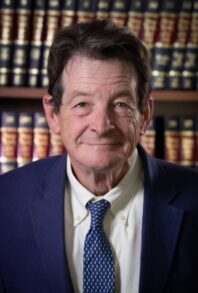 Michael J. Cahill concentrates his practice in environmental, administrative and municipal law, in both transactions and litigation. He has represented numerous municipalities and public agencies in major public works projects, including the construction and operation of waste-to-energy and landfill facilities in the Towns of Islip, Babylon and Brookhaven. He has represented both public and private clients in the negotiation and litigation of government contracts for the provision of public services and the construction of public works. He also represents private clients in matters involving discharges of petroleum and hazardous wastes, in securing environmental permits and in the preparation of environmental impact statements.

Since 1995, Mr. Cahill has represented New York municipalities in lawsuits involving the power of local government to regulate solid waste services under the Commerce Clause of the U.S. Constitution, and has lectured on this topic before a variety of professional organizations. He has litigated and argued a range of constitutional, environmental and municipal questions before the United States Supreme Court, The New York State Court of Appeals and the U.S. Court of Appeals for the Second Circuit. Since 2002, Mr. Cahill has taught environmental law at Stony Brook University.

Mr. Cahill formed the law firm of Germano & Cahill, P.C. with Guy W. Germano in 2003. Prior to that, he was counsel to McMillan, Rather, Bennett & Rigano, P.C. in 2002 and practiced at Michael J. Cahill, P.C. from 1998 – 2002. He was a partner at Sinnreich Wasserman Grubin & Cahill, LLP in New York City and Hauppauge, New York from 1991 – 1998, where he represented clients in construction litigation in addition to municipal and environmental matters.

From 1988 through 1991, Mr. Cahill was President of the Islip Resource Recovery Agency, serving as chief executive of a public authority charged with the construction and management of the solid waste disposal facilities serving the Town of Islip. During his tenure, the Agency built four major management facilities, including two landfill cells, a 500 tpd waste-to-energy facility, a materials recycling facility and a compost facility. Prior to serving as President, Mr. Cahill was General Counsel to the Agency and an Assistant Town Attorney for Islip, responsible for significant litigation involving the Town’s waste management, community development and zoning programs from 1984 – 1988. He successfully defended the Town in litigation with various parties over the resolution of the notorious “garbage barge” incident of 1987. From 1980 – 1984, Mr. Cahill was a criminal trial attorney for the Legal Aid Society of Suffolk County, and served on the assigned counsel defender panel for Suffolk County until 1999.

Mr. Cahill received his Juris Doctor degree from DePaul University College of Law in Chicago in 1978. He received his Bachelor of Arts degree in Political Science from the University of Chicago in 1974. He has also attended the John F. Kennedy School of Government State and Local Executive Program at Harvard University, 1989. Mr. Cahill was admitted to the Illinois Bar in 1979, the New York Bar in 1980, and is also admitted to practice before the United States District Court for the Northern, Eastern and Southern Districts of New York, the United States Court of Appeals for the Second Circuit, and the United States Supreme Court.